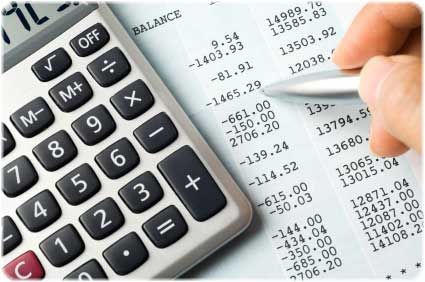 In the time I've spent selling condos, I have become very familiar with the budgets of most condominium associations in Panama City Beach. Generally, the association fees for these beachfront properties are what you would expect. However, some buildings have budgets that exceed reasonable expectations. This is often due to unanticipated building maintenance, which is the case at Long Beach. You will also see instances of associations falling behind on reserves due to unexpected expenses. In rare instances, overcharges by management can cause the dues to increase.

In this article, I will clarify what has been occurring at Long Beach and why the association fees for this property are unexpectedly high. You will find that the large restoration project needed for the condos and the loan that was required to pay the expenses are the reasons behind the high association fees. The increase is not necessarily a scary issue. In this article, I will crunch the numbers to show an easy way to value a condo with higher than expected association dues. 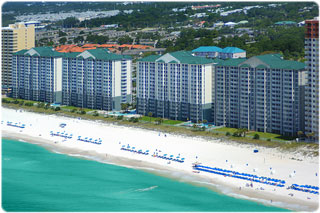 An Overview of Long Beach

Long Beach Resort is comprised of four towers, and it spans 1,300 feet along the gulf front. The four units have nearly identical floor plans. Tower 2 was constructed in 1996, and tower 1 was built the following year. Tower 3 was built in 1999, and tower 4 was erected in the year 2000.

From the beginning, the Long Beach condo association faced challenges. Construction defects and a range of events propelled the four towers into a distressed financial state by 2007. The results from the Limited Stucco Facade Investigation performed on the towers had come in, and the investigation proposed a $6.3 million restoration project to correct various issues.

A follow-up report in 2009 recommended a roof replacement that would cost nearly $1 million. Ultimately, a decision was made to correct the issues with a complete restoration project.

Each project on the Long Beach towers was initiated at different stages. Replacement of the roof commenced in December of 2010, and the project was complete by September of 2011. During the fall in 2012, the tower 2 restoration began. It was finished by the next summer. The restorations on towers 3 and 4 started in the fall of 2013, and completion is expected by summertime in 2014. The tower 1 restoration is scheduled to begin in the fall of 2014.

Here are before and after pictures of Long Beach Resort

Although we are seeing high numbers for the association fees, we can clearly identify why. The cause is the restoration loan, which will be paid off in 2018. I thought it would be helpful to identify the true cost of the extra association dues. I have broken down the numbers for the budget on tower 2 to demonstrate how the loan affects the monthly dues. The yearly budget for the loan payments is $300,000, and there are less than five years left on the loan.

Without the loan costs, I estimate the tower 2 monthly association fees to be:

I have also factored in the difference between the current association dues and the estimate of the fees without the restoration loan payments. The sum of the extra fees paid for the duration of the loan are:

Each of the other towers have comparable fees for the respective floor plans.

Now it is easy to evaluate the asking prices of condos in Long Beach. We simply add the extra association dues to the price you would pay for a condo. If you were to purchase a one bedroom unit for $155,000, which one condo recently sold for, and you add the extra association fees for the next four years ($10,020), the total price becomes $165,013. This is actually less expensive than many other buildings with comparable floor plans. Most gulf front condos that have similar plans with a master bedroom facing the water sell between $210,000 and $240,000. Considering the towers have been completely renovated, this pricing looks very attractive to me. You can use this same method on the two and three bedroom floor plan at Long Beach.

If you are considering purchasing a condo, it is important to understand what you will be paying for. The budget of the association, any reserves held and the year-end financial status of the condominium are all relevant factors to consider. If the association dues are surprisingly high, it is also important to know why. There is a vast difference between paying a costly fee for no rational reason and temporarily paying charges for a specific and beneficial purpose.

Opinions are based upon information we considers reliable. In this case the Long Beach tower 2 association budget. Neither the brokerage firm on this site, nor its affiliates and/or subsidiaries warrant its completeness or accuracy, and it should not be relied upon as such. When purchasing a condominium you should discuss the condominium association with your real estate agent. You may also want to consider seeking advice from other professionals that may be relevant in your decision making process.