Update 6/12/21:   We are now at prices where preconstruction number should have worked for developers.  Calypso is selling condos above 475 per square foot.  One of the remaining challenges for developers is financing construction.  I will have a new article soon. 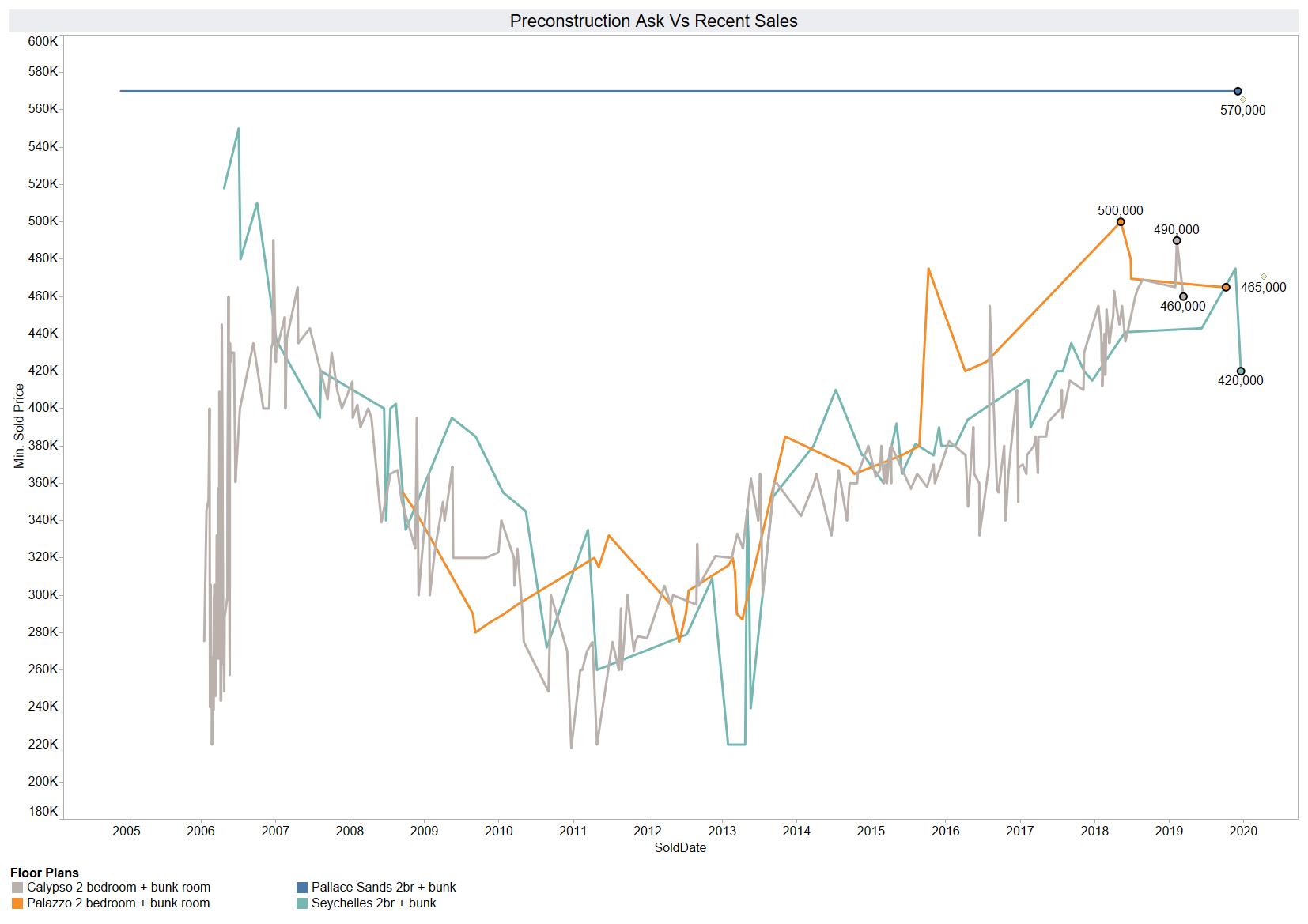 Update 6/25/20:  The news herrald reported Mimosa Capital Partners LLC has entered into an agreement to purchase the Calypso Tower III.

Calypso Tower 3 onsite staff believe the tower will be conveying to owners in April 2020. I expect they may extend this date like many other new buildings. This preconstruction condominium is unique in many ways. First, Calypso Tower III did not follow the traditional preconstruction model (reservation, condo docs, hard contract, building construction, and then closing). They began construction years before the final round of reservations and then went to preconstruction contracts. Second, it is also built next to Pier Park. This allows it to command higher rental rates and sales prices than other non-gulf-front condominiums.

The condo availability sheet shows that 60% of the building is under contract. It will be interesting to see the number of units that convey ninety days after it receives its CO (Certificate of Occupancy). I am curious if the developer will end up furnishing his remaining inventory and renting the units until the remaining inventory eventually sells.
This developer originally built the first two towers. His experience shows in many of his design and construction choices. Many exterior material and design choices reflect the lessons learned ten years after the first two condos conveyed. The larger land parcel also allowed for an improved pool area and increased balcony depth. 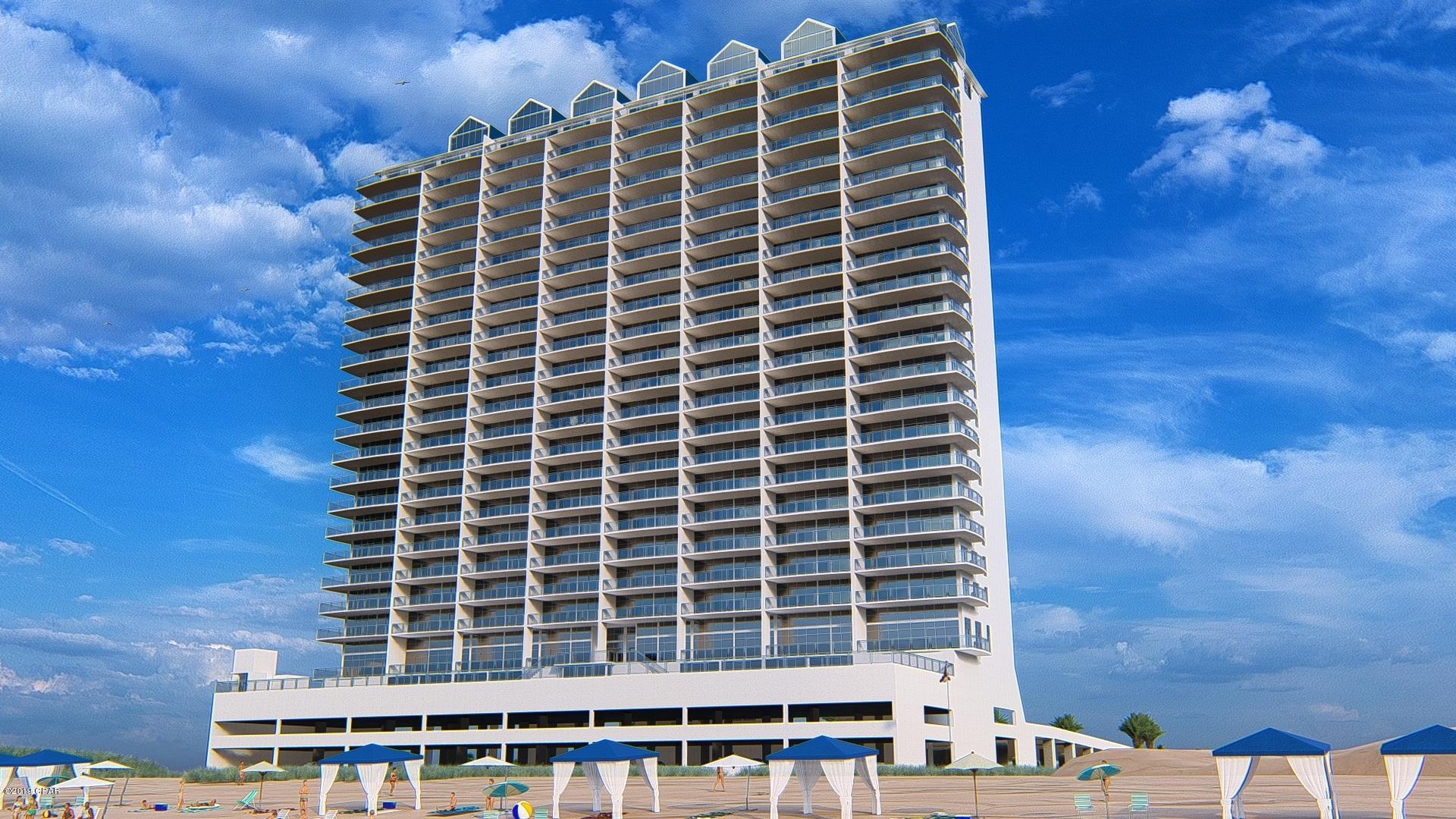 Update June 12, 2021:  Palace Sands never executed its option to purchase this property.  The land parcel was sold to a different developer.  There is a lot more to this story.

Palace Sands is a preconstruction project that announced in January of 2019. One year later they have 35% of the condo reserved. You normally get a much better feel for demand when you record condo docs and perspective buyers change from refundable reservations to binding contracts. 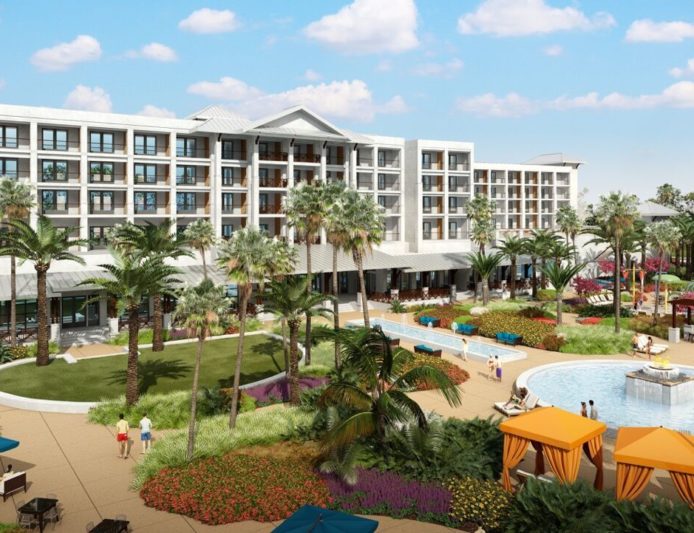 Update June 12, 2021:  The developer has done a complete redesign of the property.  The planned hotel and condominiums has changed to Margaritaville Cottages.

Margaritaville Beach Resort began doing some clearing and site work in July of 2019.  Phase one will feature a full-service hotel and innovative amenity park.  The condominium will come later.  The resort is expected to begin a phased opening in Spring 2021.