There have been many recent news stories about preconstruction condos in Panama City Beach. While the condo market has made a nice recovery, it is a little premature to forecast another preconstruction boom.

Update for 2020:  We have an updated article PreConstruction Condo Sales In Panama City Beach 2020.

With recent articles like Officials say real estate is booming in Panama City Beach and PCB planning board approves resort project you could easily be forgiven for believing we are on the verge of another preconstruction boom. That is simply not the case. There are several apartment complexes under construction. Holliday Inn & Suites and Hampton Inn & Suites recently opened gulf front hotels. Cranes just went up to build a 200-room SpringHill Suites by Marriott.  We have even a surge in gulf-view and gulf-view home construction. While this is part of a healthy real estate recovery in Panama City Beach, it is hardly the next condominium or real estate boom. 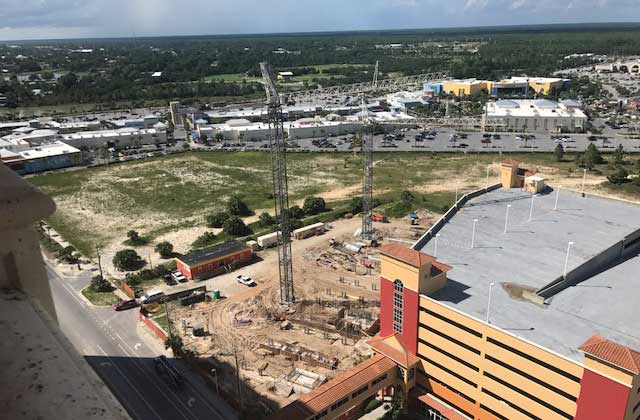 This condominium is unique in many ways.  First, Calypso Tower III is not following the traditional preconstruction model (reservation, condo docs, hard contract, building construction, and then closing).  Second, it is also built next to Pier Park. This allows it to command higher rental rates and sales prices.  This condominium is asking $255 – $292 per square foot for gulf view condominiums. 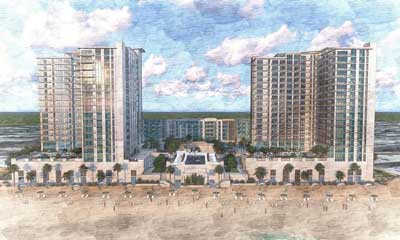 This resort project has recently been in the news as a resort project with a hotel, condominiums, cottages, a beach bar and restaurant. In the articles, the media failed to mention one key piece of information. Only the hotel (phase 1) is scheduled to build out when the resort projects gets final approval from the Panama City Beach City council. The developer plans on waiting for the real estate market to support preconstruction condo and cottage prices (phase 2 and 3).

Articles for this resort project

December 2015 the news reported Movin on up: Panama City Beach clears way for new beach-side condo.  We have yet to hear any further information on the 220-foot, clover-shaped condo building.

The media is getting ahead of itself

The exception to the rule

Calypso west end three-bedroom has broken out this year.  A number of things make this floor plan unique.

The higher per square foot sales price reflects the balance between supply and demand for this unique floor plan.  The small square footage for this three-bedroom floor plan is the largest contributing factor to this anomaly.